Film program II: This Changes Everything

We’re taken on a world tour of the communities who are fighting back against the exploit-and-move-on free market mindset. We start at the Alberta tar sands in Klein’s native Canada, where “the overburden” (pesky things like trees, grass, soil, clay) is being stripped from hundreds of thousands of square miles to get to the oil reserves underneath. We’re introduced to the miners – well-paid itinerant workers with no connection to the land – and to the indigenous people who call it home. The tribe’s argument is water-tight and their passion evident, but neither Klein nor Lewis finds a way to break from convention. Put cruelly: we’ve seen native people crying on camera before. There’s no depth to Klein’s on-screen relationship to her subjects (she’s shown scribbling on a pad, tapping on a laptop, staring absently at landfill), so they become that worst of environmental documentary cliches: the Other people that climate change is happening to. Unfortunately Lewis’s film - despite its good looks and fine intentions - fails in exactly the same ways. It’s sometimes boring, it makes assumptions about its audience. It does, to its credit, go easy on the polar bears. 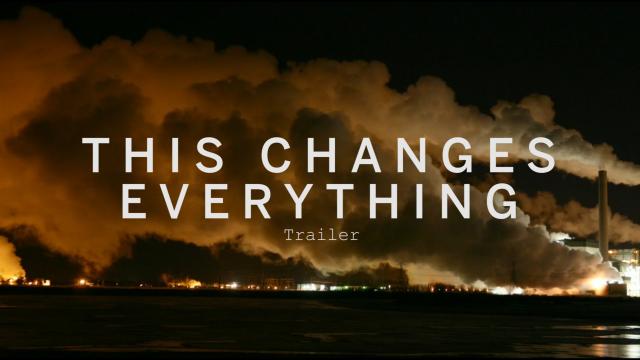