Tinna Guðmundsdóttir (b. in 1979 in the Westman Islands) is a cultural manager, producer and an artist. She currently works as the director of Skaftfell – Center for Visual Art located in Seyðisfjörður, East Iceland.

Guðmundsdóttir graduated with a B.A. from multimedia department in the Iceland Academy of the Arts in 2002 and subsequently completed a teacher’s diploma from the same school. In 2008 she finished her M.A. in Cultural Management from Bifröst University. Tinna worked as an office manager at the Reykjavik Academy from 2005-2008 and as the manager of the Living Art Museum from 2009-2011. She has also worked on several independent projects such as Lortur Biennale, Sequences Real-Time Art Festival in 2008 and as the editor of the publication The Living Art Museum 1978-2008, published in 2010.

Alongside working in Skaftfell, Guðmundsdóttir is currently producing a documentary entitled Blind Dog that will be released in 2016.

Skaftfell Center for Visual Art, located in Seyðisfjörður, plays the essential role of presenting, discoursing and encouraging the development of contemporary art in eastern Iceland. It is a meeting point for artists and locals, and its activities are based on exhibitions and events, alongside an international residency program and outreach program. 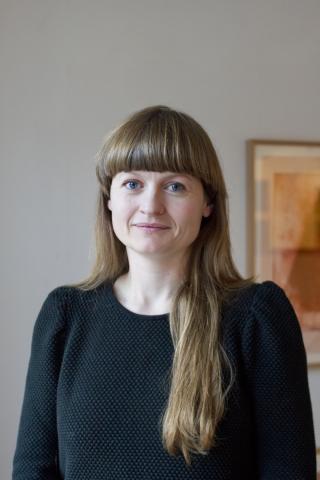