The Reppar Fjord is 14km long and surrounded by mountains with that peak at around 700 meters above sea level. Large deposits of copper were found along the south side of the fjord around 1900 and the company Folldal verk ran a mine here from 1972-78. During this period, mining waste was dumped in the fjord, causing damage to fish stocks and thereby affecting the livelihoods of local fishermen.

Due to large deposits of copper in the rock massif Nussir, located to the west of Kvalsund town, plans to once again begin mining and to deposit the resulting waste in the fjord surfaced in 2011. This proposal is being considered by The Norwegian Department for Environmental Protection and involves dumping the equivalent of 17 trucks of waste in the fjord every day for the next 20 years.

The final decision on whether to allow waste to be dumped in the fjord likely to be subject to a vote in the national parliament within the next year. In addition to possible damage to fish stocks, the mine would likely also disturb local reindeer herds and nearby rivers.

Against Tailings for the Fjords, photo: The Arctic Journal 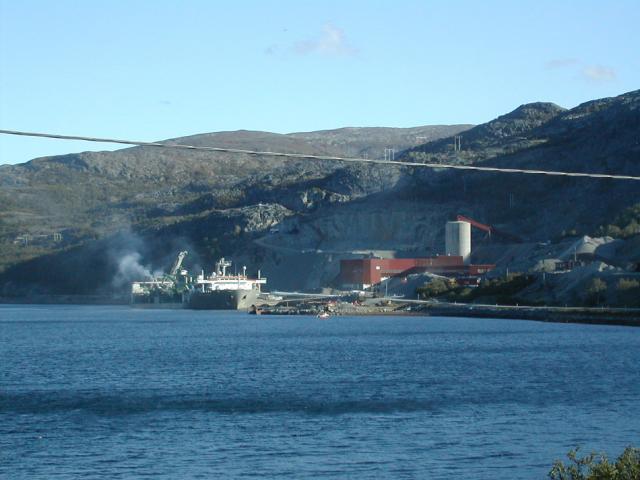