Vít Bohal: Anthropocene: The Good, the Bad, and the Ugly

The contemporary discourse centered around the signifier Anthropocene is in flux, but it is possible to identify some centers of gravity by means of which to navigate this newfound semiotic terrain. The first necessary question pertains to the relationship of raw data, manifested in discreet measurements, figures and perceived patterns, as opposed to the functional and narrative context within which this data is interpreted. This gap is bridged by the writers which Slavoj Žižek terms the Third culture, (Dawkins, Dennet, Sagan, Lovelock, etc.)

So, in what manner is raw data pertaining to the contemporary discourse on climate change inscribed in the language of social criticism and ecology? There is the (slightly farcical but all-the-more telling) discussion on the “good, the bad and the ugly” aspects of the Anthropocene, which manages to draw a more navigable cognitive platform with which to address some of the fundamental issues in the wider discourse on the possibilities and implications of anthropogenic climate change. Finally, the presentation will conclude with a look at some of the outputs of the debate as put forth in the work of McKenzie Wark where he poses a direct challenge to the Western paradigm of the subject/object, human/nature split, and announces, in the words of Žižek, “the death of the Goddess.”

Vít Bohal is a member of the Diffractions collective, focused on accelerationism, posthumanism, Prometheanism, and strands of critical theory. He publishes and translates texts on various topics, most usually those of culture and philosophy. His articles have appeared in VLAK, VICE, Creator's Project, A2, and Word Addict. He studied music at Charles University and majored in Critical and Cultural Theory. 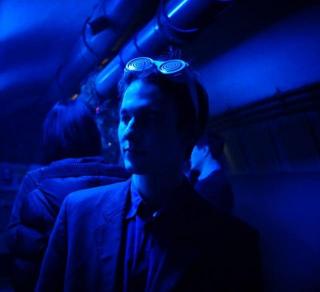