Miloš Vojtěchovský is one of the initiators of the the Frontiers of Solitude concept and program. He is a curator, art historian, and audiovisual artist born 1955 and living in Prague. Vojtěchovský graduated in Art History and Aesthetics from Charles University. In 1989 Vojtěchovský conceived and worked as a researcher, co-producer and co-author of the interactive educational pilot project Orbis Pictus Revised, commisioned by ZKM Karlsruhe (the Imaginary Museum Project, in collaboration with Tjebbe van Tijen and Rolf Pixley). In 1991 he started The Hermit Foundation a.k.a. The Center for Metamedia, an international multidisiplinary art residency project at Plasy Monastery, which lasted until 1999. He was the curator of contemporary and media art at The Collection of Modern and Contemporary Art at the National Gallery in Prague (1997-2000), where co-curated with Jaroslav Anděl, among others, the exhibition project Dawn of the Magicians. He curated the MediaLAB at the Center for Contemporary Art in Prague (1998-2004). Between 2000 and 2004 he was engaged in the internet radio and netcasting project Radio Jelení, which consequently morphed into the streaming and communication audio and video project Lemurie TAZ. Since 1997, he has lectured on media, contemporary art, and media theory and history at the Faculty of Fine Arts at the Technical University Brno. Since 2004, he has taught media art history and theory at the Center for Audiovisual Studies at Film and Television Faculty at the Academy of Performing Arts in Prague. He was curator of the program at the Gallery Školská 28 (2009-2012). Together with Roman Berka, he founded the educational academic platform Institute of Intermedia for reasearch in contemporary arts, science and technology.

Vojtěchovský has been published in Czech, Dutch, German, and English magazines and journals (His Voice, Literární noviny, Atelier, A2). In 2009 he, together with Peter Cusack, started up the ongoing project Sounds of Prague, dedicated to the psychogeography and soundscapes of Prague. He recently curated the Czech section in the international networking project Soundexchange and co-curated the symposium and festival vs. Interpretation held in Prague, 2014, the Agosto Foundation.

A two-day workshop focused on the sound environments around the brown coal industry in Most Basin (North Bohemia). We used both listening and making field recordings. We also used photography and writing to compare the differences between the sound, visual and language perspectives on the area. … 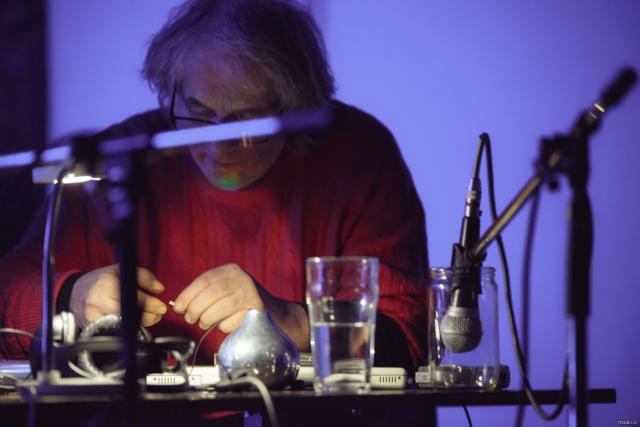 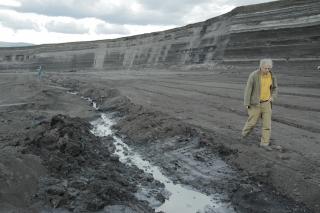