The exhibition Frontiers of Solitude is based on a long term collective experiment by twenty artists and curators from Iceland, Norway, Czech Republic and Great Britain. The exhibited works were created as a part of the ongoing project and were inspired by experiences and information garnered during short research expeditions to Finnmark in Arctic Norway, to a coal basin in north Bohemia and throughout selected regions of Iceland. Thus, the project has turned into an art-research probe into the topography of three geographically, geologically, climatically, culturally and socially rather different parts of Europe. The exhibition gives the possibility to search for unexpected connections and to find variances or opposites.

The artists in the exhibition make use of a wide range of methods, media, attitudes, perceptions and strategies. Some works refer to relatively detached, metaphorical resonances and to distant horizons. Others are very spontaneous, personal comments on the moment, the specific situation in the landscape. The exhibition is divided into three geographically defined areas and the thematic coherence of the whole should serve as a common denominator and an organic link.

The conceptual basis of the exhibition, as well as the individual works, deals with three landscape geotypes and biotypes of the European continent. Together they form a perhaps somewhat heterogenous mosaic of individual places, micro-bioms, labyrinths, waste water systems, pure and polluted streams, sludge lagoons and lakes, and the stories of settlements, villages and people. They show the consequences of the logic and economics of the market economy, powerful technologies designed for constant acceleration, to bridge and survey the algorithms of penetration, transformation and perforation of the deep and superficial layers of living landscape and man's alienation from it. But in the end, the gouges, gaps, depressions, scratches, scars inscribed into detail as well as into large landscape units can be quite easily seen with one’s own eyes and heard with one’s own ears. During the preparation we have seen several events affecting the socio-political outline in local and global significance.

The planners of the expedition to Iceland focused on the environmental consequences of the gigantic Kárahnjúkar water dam. It was built to "feed" an aluminium smelter several years ago by the multinational Alcoa corporation. At the end of the year the media leaked reports on negotiations between the Icelandic and the British government on connecting the islands in terms of finance and energy. Cheap energy from the central highlands of Iceland could be converted into electricity and transported via cable to the west coast of Scotland. Geo- and hydro-power, of which Iceland has a "surplus", could enhance or even replace the energy industry of the United Kingdom and provide Iceland with a permanent stream of funds. But it would also profoundly affect the hitherto relatively untouched wilderness of the Icelandic inland. The issues of the ambivalence of "cheap energy" are addressed by a video documentation of a poetic-subversive intervention by the landscape architect and artist Julie Martin, and then, more generally in the video installations by Pavel Mrkus. Ivar Smedstad maps in detail the striking similarity between micromorphology of a weathered marble tombstone at a village cemetery and the macroscale of an abandoned Icelandic landscape, and Finnur Arnar Arnarson tries in his video and text to cope with our ambivalent attitude to nature and to our own convenience.

Finnmark is the name of the northern borderlands of Norway, Sweden, Finland and Russia. Next to Russian border there is the giant Nikel-Norils industrial complex, today probably the most contaminated place of northeastern Europe. The participants of the Norwegian expedition in Finnmark learned the facts about local ore mining, and the illegal and legal storing of toxic waste at the bottom of fjords. But they also learned about the situation of the Sami – the indigenous people of this area. For miliennia, their way of life depended on pastoralism. The industrialization that came with Norwegian mining companies granted the luxury of lucrative jobs and consequently, it has irrecoverably damaged their original culture. It is based on an intuitive solidarity and respect for nature, which is closely linked with the world of Saami people and also irrevocably changed by the mining in the north.

Elvar Már Kjartansson responded to the clash of cultural and social patterns with a video showing a simple physical experiment, demonstrating how different can be the methods and the technology through which we deal with a birch trunk, and indeed the rest of the world. A poetic video by Iselin Linstad Hauge, depicting sea landscapes and an island in the same way reflects the feeling of incommensurability and the conflict between both worlds. Alena Kotzmannová has captured the experience of an encounter with the landscape of northern Norway in a set of photographs and video aptly titled On the Earth upside down.

During the expedition to the Most coal field, the government was in the middle of intensive negotiations on whether the ecological mining limits on Bílina and ČSA opencast mines should be suspended after twenty years. The open cast mining limits were set as a result of negotiations of civic initiatives, with the intervention of the Ministry of the Environment of Czechoslovakia in 1992. The purpose was to defend the people and the devastated remnants of the Erzgebirge natural environment against the adverse effects of mining. At the end of October 2015, the government issued a statement saying that the mining limits at Bílina mine will be suspended. The price of brown coal declines, but the depletion will continue for the next decade. During the 80s, the extensive industrial country management model, which in addition to militarization and globalization is a key symptom of the 20th century, turned Podkrušnohoří region and the adjacent regions of southern Poland and Saxony into the so-called Black triangle.

A commentary on the landscape, sacrificed to the "Severočeská energetická company", filmed in the wasteland of mines and the surroundings of bulldozed-off villages can be found in the pictures of a surreal comical performances by Vladimír Turner or video by Martin Zet. Another strategy was found in a sound installation, referring to mining mechanisms, by Robert Vlasák. Thorunn Eymundardóttir plays with melancholic memories in a series of postcards picturing photos of places where once, twenty years before, stood the village of Libkovice. As guests, Ibra Ibrahimovič with photography serie documenting dissapering of the Libkovice (1992 – 1994), Peter Cusack with five sound portraits of landscapes from Most, and Pavel Sterec with a personal documentary on the mining history and future of the town of Ostrava is introduced.

The exhibition catalogue contains explanatory texts and documentation of the exhibited art, as well as historical excurses into the problematics of certain regions and essays addressing more general issues.

April 14, 17:00: Discussion on uranium mines in the Vysočina. What is the current situation in terms of opening another uranium mine? Will a new nuclear waste site for waste imported from all over Europe be created? Guests: Lucie Drahošová Stránská (Naše budoucnost bez uranu – Our Future without uranium association), Edvard Sequens (Calla association), Ales Bořil (the Mayor of Brzkov). On the same day there will also be a workshop for children with Matěj Kolář.

The Frontiers of Solitude project was conceived and initiated by the Školská 28 Gallery (DEAI/Setkání) in cooperation with Atelier Nord (NO) and the Center for Visual Arts Skaftfell (IS) and is supported by a grant from Iceland, Liechtenstein and Norway within the Programme CZ06 Cultural heritage and contemporary art within the EEA funds 2009–2014.

Þórunn Eymundardóttir, The Sky Over Libkovice. Postcard multiple, front side, 2015.

Þórunn Eymundardóttir works in various media, such as installations, performances, video and audio, sculpture and photography. The exploration of boundaries between the self and the other, and the elevation of everyday life are at the core of her practice. …

Gunhild Enger is a filmmaker and visual artist. She graduated from the Edinburg College of Art, and the School of Film Directing in Gothenburg. She has been nominated for a BAFTA with her graduation film Bargain, and has since then screened her films at festivals and galleries around the world. Enger’s stories does often depict the humor latent in the dark corners of everyday life. …

Robert Vlasák is a visual artist and sculptor with an interest in such concepts as equilibrium. He explores visualisation and sonification, as well as the mechanical and optical aspects of objects. …

Pavel Sterec was born in 1985 in Prague, where he still lives and works. He studied in Brno, Prague, and Vienna, and graduated at the Academy of Fine Arts (AVU) in Prague, where he studied under Vladimír Skrepl, Jiří Kovanda, Zbigniew Libera and Pawel Althamer. Currently he teaches at the Intermedia Departement of the Faculty of Fine Arts at the Technical University Brno. …

Ibra Ibrahimovič (born, working and living in Most) is an award-winning Czech documentary photographer. He shoots landscapes of areas destroyed by industry and takes portraits of the people whose lives are simultaneously being ruined. The subject of his photography would be called environmental justice. His portrait of the Libkovice town can be seen as one of the most famous example of engagement of artist in the issues of human rights. Until the 1990s, Libkovice was a small city in the Czech Republic of 686 residents. Located in Northern Bohemia, an area well-known for its brown coal. …

Greg Pope is a British media artist and filmmaker who currently lives in Norway. After dabbling in punk rock bands and absurdist performance, Pope founded the Brighton-based super-8 film collective Situation Cinema in 1986, and afterwards, Loophole Cinema in London, 1989. … 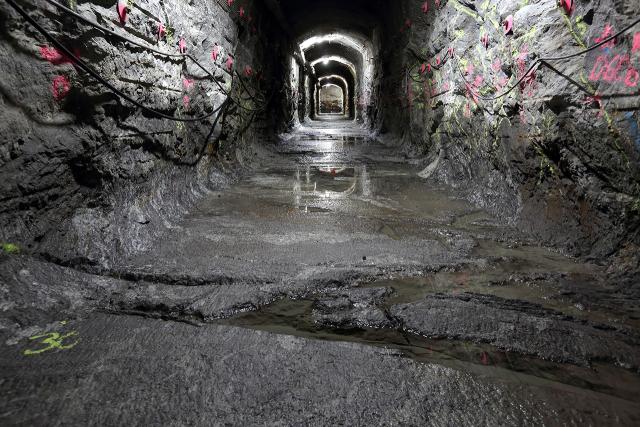 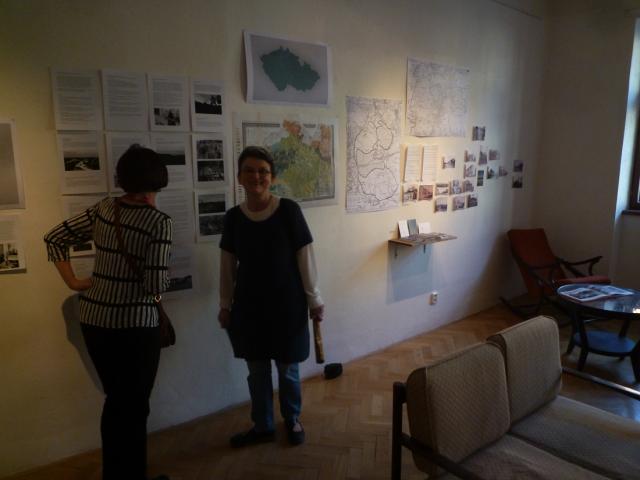 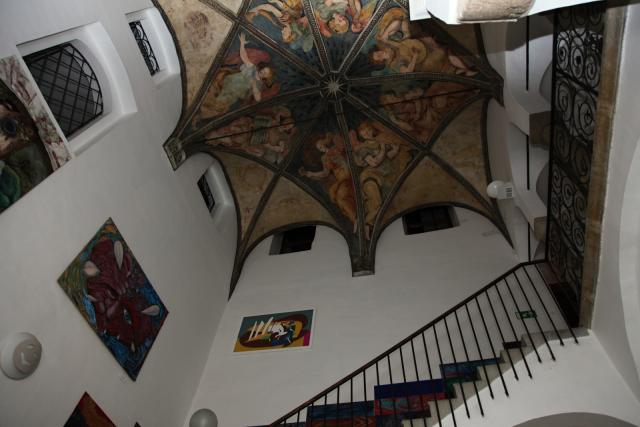 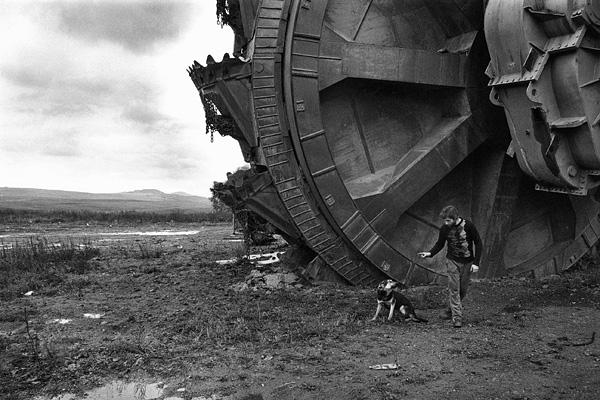