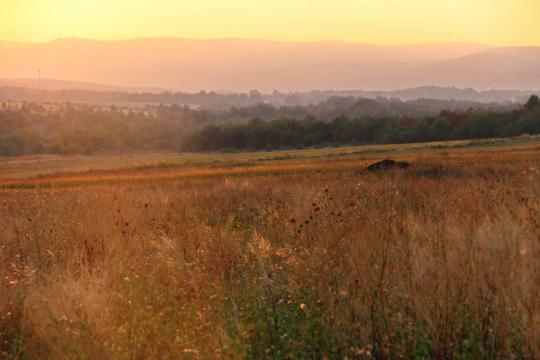 Lom u Mostu was once called Bruch. It lay in the north of the Czech Republic, it was inhabited by Germans, as were the vast majority of the cities and villages of Sudetenland. When, in 1920, the victors divided the Austro-Hungarian Monarchy with reference to the right of self-determination of peoples, the German minority of Bohemia belonged to those few “less equal” peoples, to which it was not allowed to exercise that right. Although the representatives of the three million strong Sudeten German minority declared their intention to join Germany in the event of the dissolution of the Monarchy, on the order of President Masaryk the Czech army marched in, and asserted the much older right of the winner. The Sudetenland remained in Bohemia.

Once more the Sudeten Germans got to know the right of the winner. When, in the spring of 1944, the Soviet army marched into Bohemia, the Czechoslovak government, which had been declared winner, thought it was time for the Endlösung of “the German problem”. President Beneš in his infamous Brno and Prague speech declared the German minority collectively guilty, and called for its liquidation. The Bohemian Germans were deprived of all their rights and property, their personal documents were replaced with a “German card”, they were forced to bear a white armband as a discriminatory sign and to do humiliating public works, in many places mass violence and bloody pogroms were committed against them, and in January 1946 all the Germans across Bohemia were put on trucks and trains, and deported fom the country. More than two hundred thousand people lost their lives during the action.

Settlers from the entire territory of Czechoslovakia were recruited to the Sudetenland, now empty of Germans, with the slogan “Let us reconquer the borderland!” Most of the settlers were landless serfs, who were attracted by the possibility of ready-made wealth, and after they consumed it, they moved on. The once-rich German villages became dilapidated within a few years, a great part of their houses and suburban farms were ruined. By the 1990s, two hundred and sixty villages had disappeared in the Sudetenland (and further eight hundred and one in the Böhmerwald in Southern Bohemia), but not without any trace: anyone who knows the way can still find the remnants of the houses and the stumps of the church towers, grown over with forest.

In Lom u Mostu, today nothing reminds you of the German past. Or, better to say, there is one thing. On the only monument in the town, in front of the church, on the place of a former World War I memorial to the deceased of the village, a Nazi eagle is tearing at the defenceless Czechs, and the names of Nazi concentration camps run around the edge of the base. The statue, which, judging from its design, reminiscent of Constructivism and Art Deco, was erected shortly after the deportation of the Germans, and formulates for the new settlers the new official history, based on Czech martyrdom, and does not leave space for any Czech-German joint history or the German past of the region. A new era begins.

Another monument of the new time stands opposite the church. Once it might have been built as a house of culture, since that time it has carried on its facade, the proud inscription: VLASTNÍ SILOU – BY OUR OWN STRENGTH. Today only its ground floor is used, which bears the euphemistic name “Restaurant”.

It is time that produces an involuntary memorial to the German past. The walls, just like in the other countries of the former Soviet bloc, started to crumble in the nineties, or perhaps it has been only since then that it is not considered necessary to destroy or to hide under plaster any more the ghost signs which come to light, the marginalia of previous peoples and history. On the edge of Lom, along the road to Mariánské Radčice, there is a two-storey house, according to its labels a former restaurant, which, judging from the multiplicity of its layers, repeatedly changed hands and names before the war. Three snarling dogs guard it, the barking calls the owner out. “When was this house built?” I ask him the preventive question. “In nineteen hundred two.” “And what was the name of the restaurant? I cannot read it.” “How should I know it? It was not even a restaurant, it was a brothel. Do you understand? A brothel.” And, nevertheless, finally, the suspicious question slips out: “Why the hell do you take photos of it?”